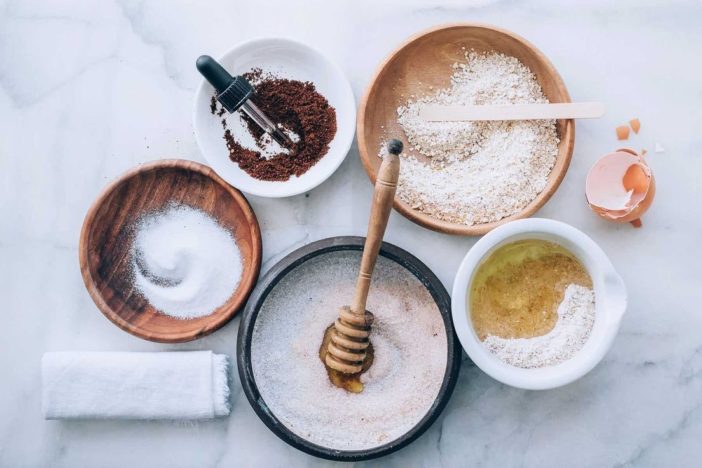 French Skincare Secrets that you need to Know

French beauty secrets are the most sought after natural beauty techniques and we obviously know why. So here are some of the best kept French skincare secrets for you.

Skincare has existed in our world for centuries. From Ancient Egyptians to Novels, to Europeans - evolved and become present in everyone's life. Today, we are going to talk about the best kept french skincare secrets of the 17th and 18th century.

What do you think was the most popular trend for men and women of high society in the 17th and 18th century? Well, undoubtedly, it was skin as pale as possible. The idea behind it was the fact that it has been made in the past. That's because people who worked in the fields were getting sunburnt, while rich royals were staying covered, thus keeping their skin as light as possible. Another important reason was actually religious. White skin has been associated with purity, honesty, cleanliness, and virginity. To achieve this extremely pale look, they are used to bleach and whiten their skin with different face creams and washes, which are often very dangerous for the skin. Some of the ingredients included: vinegar, rice powder, and bismuth substrate. The most toxic ones had white lead or even mercury in them, which had many negative side effects. Many people of that time died because of poisoning and yet it was still popular until the 19th century.

One of the most surprising things for people of today is to find out that in the 17th and 18th centuries it was We are so used to taking a look at our faces at least once a day, which is an idea of ​​what we are doing for a long time. But in these eras, people believed in their skin in the morning because it would make it more sensitive to sun exposure. Before there was, but it was not medical, but purely for aesthetics. Women did everything they could not be exposed to the sun. They used umbrellas and gloves both indoors and outdoors to protect their faces from UV-lights. Thankfully today we don ' Do not have to go to such lengths, we have many skincare products with sun protective ingredients in them. Our Diamond Lighting Defense Cream is a great example and one of the biggest French beauty secrets. UVA-UVB, its formula, based on its extra-fine diamond powder, will help reveal a younger looking and more luminous skin.

Do you know what is one of the best kept French Skincare Secret?

Today it's normal to have fun with your skincare and makeup, as it's an art form in itself. Well, people from centuries ago also liked to have fun with their beauty routines. One of the things they used to do that were beauty patches. Those were made of satin, silk velvet or taffeta and attached to the skin with glue. On one hand, being very dark, they accentuated the whiteness of one's skin. They created a contrast to highlight a very pale complexion. On the other hand, they have been used to cover up blemishes on the face, like acne, smallpox scars and other various blemishes one might have. If now we cover our skin problems with concealer, people have been literally and physically covering up.

This trend has been incredibly popular and has become a symbol of wealth, politics and personality. Women pasted their necks, faces, and breasts. A patch on a forehead width, on the corner of the eye - passion, on the dimple - playful and above the lip - coquetry. As we can see, there was a lot more hiding behind this French Skincare Secret.

While we can still use beauty patches today to make our unique and personalized look, we do not need them for our skin problems. For that, we need to take care of our skin and have the right skincare products in our routine. Our Pearl line that uses detoxifying and purifying natural active ingredients, helps to boost skin radiance and brighten up the complexion. Would not have been perfect for women of the past centuries to keep their skin healthy and their complexion more even!

When it comes to royalty, we can expect a lot more lavish and expensive beauty regimen. Not every woman could afford to go to some ritual for the lack of money or time. Well, one exception is Marie Antoinette, who was not only a fashion icon but also a beauty enthusiast. Her skincare routine consists of three steps: cleansing, toning, and moisturizing. One of the most unusual and weird skincare secrets of the Cosmetic Water of Pigeon. It was a cleanser made of fruit juice, floral essences, "the crumb of three French rolls," borax, and eight pigeons, stewed and fermented for 17 days. She then used a complexion of tones and whitening products, which, as we know it, was very "in" at the time.

Do you remember how we say that people do not like to wash in the past? Well, this rule did not apply to Marie Antoinette as she was known to be a big lover of baths, but not any simple bath. Her experience was so much better than that of most other people. She would sit on a pad filled with sweet almonds, pine nuts, linseed, marshmallow root, and lily bulb. After that, she would put on her face and body to moisturize and leave her skin nice and soft.

She would also use a face mask that became very popular thanks to her. It consists of four simple ingredients: cognac, one egg, powdered milk, and a lemon. It is believed that the lactic acid in the milk and citric acid in the lemon dissolved dead skin cells, while the cognac stimulated circulation and tightened the pores, and the egg repaired skin tissue.

Even today we can use this French Skincare Secret, given to us by royals, as most of us already have these ingredients at home.

An interesting ingredient favored by Marie Antoinette was a tonic made with real gold, which, as she thought, providing a more youthful appearance. And while the mixture of the time was dangerous for both the skin and body internally, the idea behind it was not wrong. In fact, nowadays many products use gold as one of its main ingredients. In fact, as nanoparticles, gold fights the signs of aging and provides the skin with an immediate youthful effect. The micro gold particles contained in the cream will catch the light to turn it into heat. Result: an increase of the microcirculation which detoxifies the epidermis in depth. In addition, these nanogold particles improve the production of collagen, which helps to reduce wrinkles and stains. Kate Hudson, Stella McCarthy, and the Victoria '

Precious stones have become a very popular skincare ingredient in recent years. That's because of stones, pearls or caviar, are precious ingredients that are natural. Everything depends then on how they are used. If, for example, the stones are crushed into extremely fine powders by a micronization process, this makes it possible to retain all their mineral properties without transforming them. Gold, if a precious stone, is a mechanical exfoliation effect, which has a mechanical exfoliating effect.

As we can see, the ideas behind the best kept French Skincare Secrets were great, the ingredients and the way they were used to be the most healthy. Nowadays, however, we can learn from our ancestors and their skincare regiments in a more modern, natural way!